Dante and Virgil is an 1850 oil on canvas painting by the French academic painter William-Adolphe Bouguereau. The painting depicts a scene from Dante’s ‘Divine Comedy’, which narrates a journey through Hell by the main character – Dante – and his guide, Virgil. 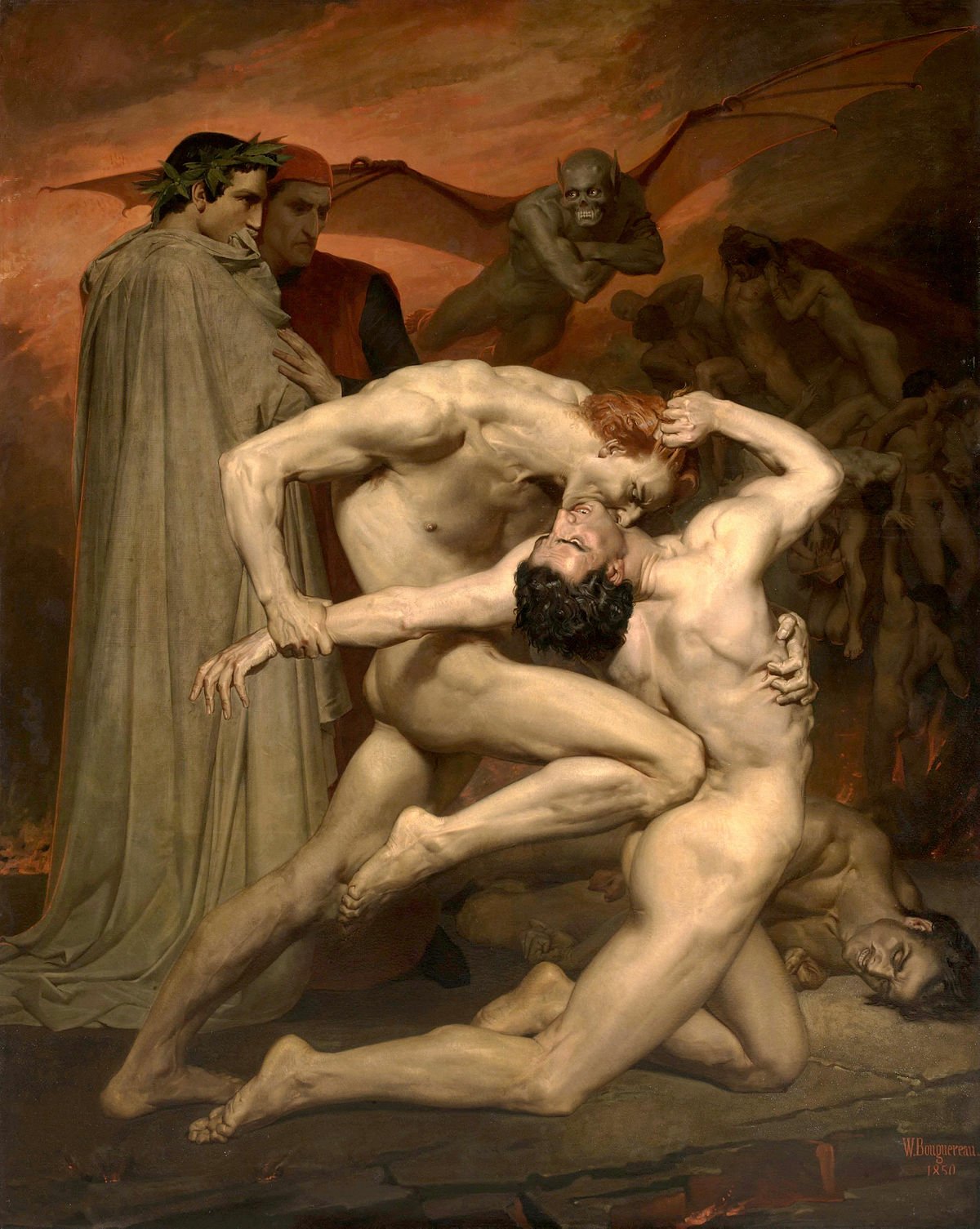 This painting was inspired by a short scene from the Inferno, set in the eighth circle of Hell (the circle for falsifiers and counterfeiters), where Dante, accompanied by Virgil, watches a fight between two damned souls: Capocchio, a heretic and alchemist is attacked and bitten on the neck by Gianni Schicchi who had usurped the identity of a dead man in order to fraudulently claim his inheritance.